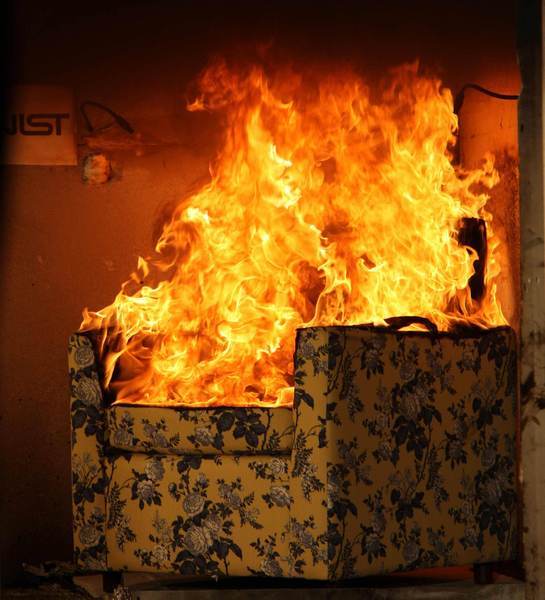 Government scientists found that chairs containing flame retardants, like the one being tested above, burn just as fast as identical chairs without them. (Consumer Products Safety Commission / May 5, 2012)

In 2005, 2006, and 2007 I championed a bill in the Legislature that prohibited the use of poly-brominated diethyl (PBDE) flame retardants in products sold in Washington State. I argued that PBDEs were toxic for children and unnecessary. It was an ugly fight with the chemical industry. I was surprised at the level of duplicity in the testimony presented. At that time I had not seen the level of hardball that people were willing to play when their financial interests were at stake.

I eventually succeeded in banning PBDEs in most furniture and children’s products, though the industry is working to slightly tweak the chemical composition of their product to get around the ban. The Chicago Tribune has done some serious reporting on the issue and is coming out with a big series of articles that expose an even deeper level of duplicity than I had believed possible, even after seeing the testimony here in Washington.

The average American baby is born with 10 fingers, 10 toes and the highest recorded levels of flame retardants among infants in the world. The toxic chemicals are present in nearly every home, packed into couches, chairs and many other products. Two powerful industries — Big Tobacco and chemical manufacturers — waged deceptive campaigns that led to the proliferation of these chemicals, which don’t even work as promised.